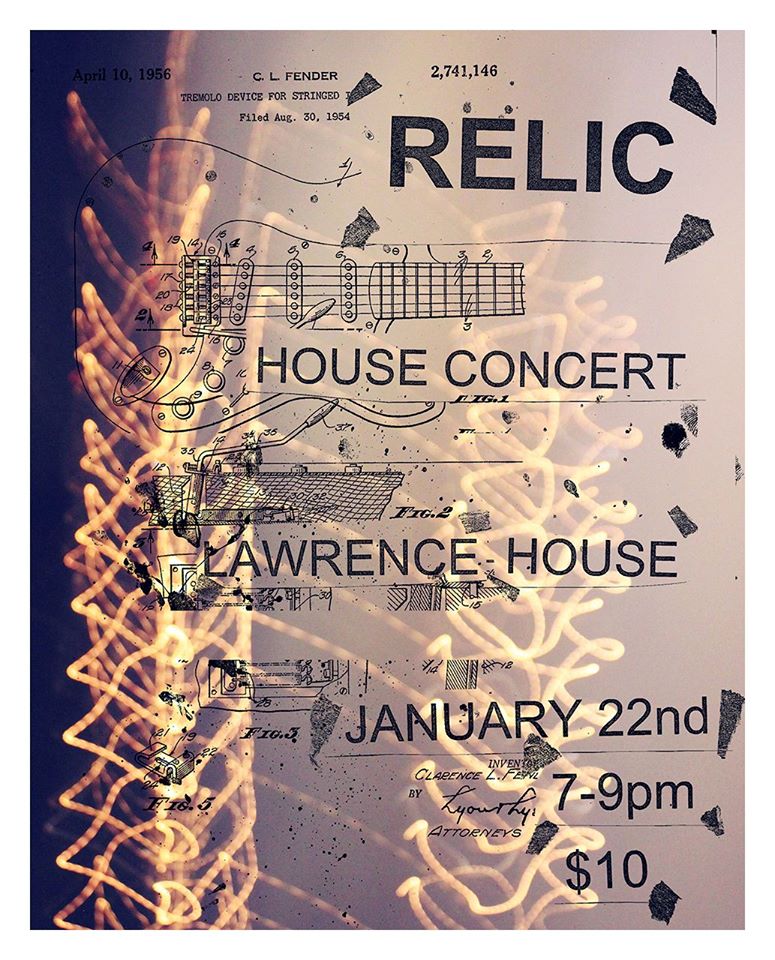 The Lawrence House Concert Series: RELIC. They will be playing 60’s and 70’s covers as well as some country music. This event is open to all ages.

Tickets cost $10 w/ all money going to the programming at the LHCA. This concert is proudly backed by Lambton County Creative Fund.

You can purchase tickets by dropping in at The Lawrence House, calling 519-337-0507 or by picking them up at the door. Concerts start at 7pm sharp.

Here is a little bio about the band:

We are Relic. We are a sixties and seventies cover band and throw in a healthy amount of new and old Country. We are made up of Dan Dumais on bass (NLSS teacher), Rick Ryan on drums (NLSS teacher), Martyn Mason-Grant on guitar and vocals (retired elementary school teacher), Steve Atchison on guitar and vocals (local entrepreneur and car salesman and NLSS parent) and Tim Houle (semi-retired systems analyst and NLSS parent).

Relic formed about 5 years ago to play in a North Lambton Secondary School Rock and Blues Concert. We wanted to show the students what Blues really was. We had so much fun that we decided to keep on going. Since then we have played at the High School a number of times, helped out at events at local Elementary Schools, played for fund raisers all over, and entertained at Seniors facilities (even older than us). We have played for birthdays. Anniversaries and Christmas parties. Our greatest claim to fame is the Forest community Canada Day celebration anf a few concerts for the Sarnia parks..