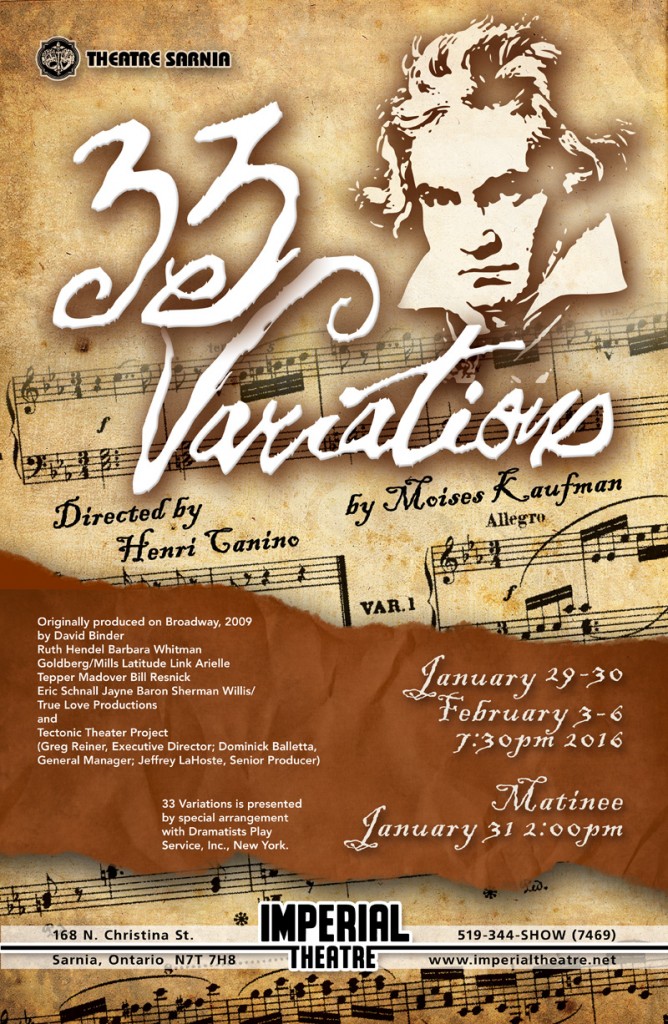 THEATRE SARNIA PRESENTS…33 VARIATIONS - 7:30 PM EXCEPT 2:00 PM SUNDAY MATINEE - ADULTS $25 SENIORS $22 STUDENTS $12.50
Theatre Sarnia’s WODL Festival entry for this season is 33 Variations. This is a play inspired by Ludwig van Beethoven’s work. In parallel tales of obsession, a musicologist attempts to uncover the motivation behind Beethoven’s Diabelli Variations, a series of 33 variations on an ordinary waltz by a composer he felt was beneath him. 33 Variations debuted on Broadway in 2009, starring Jane Fonda. The Broadway production was nominated for 5 Tony Awards, including Best Play. “Passionate and illuminating!”
This production is Theatre Sarnia’s entry for the WODL Festival 2016 and is generously supported by One Tooth and Jim Pumple