Beck has signed to Capitol Records, and will release ‘Morning Phase’, the first album of all 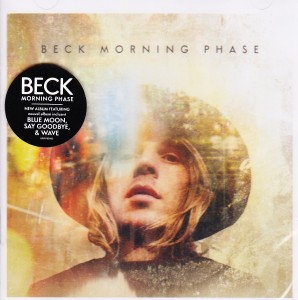 new material since 2008’s universally acclaimed Modern Guilt on February 25th 2014. The new record has been described as a companion piece of sorts to Beck’s 2002 classic Sea Change. Featuring many of the same musicians who played on that record, Morning Phase harkens back to the stunning harmonies, song craft and staggering emotional impact of Sea Change, while surging forward with infectious optimism. Morning Phase will be released on CD & vinyl.