Posted in: Entertainment NEWS, News | No Comments | Posted on September 14, 2021 by Mary Anne 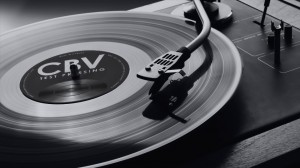 The machines, purchased in Germany and the UK, have the capacity to stamp out several thousand pressings a day, according to GM Dillon Romney who, like Reid, is a graduate of the Southern Alberta Institute of Technology and both in their spare time play in local band Resurrection.

To find out more about CBV, link here

MA note: - hopefully this is good news for all our vinyl loving customers. Until now, there were only 2 main vinyl record pressing plants, both in the U.S. With the revival of records,the pressing plants have been overwhelmed and special orders have been very slow on arriving. Not sure how much difference having a new plant will make - time will tell.