Posted in: Auditions/Call for Vendors/Volunteers/Submissions, Entertainment NEWS, News | No Comments | Posted on February 18, 2022 by Mary Anne

CBC Music’s cross-Canada search for the best up and coming musicians is back, and this time it’s bigger and better than ever.  — As posted on music.CBC.ca

Musicians from coast to coast to coast will compete for the $50,000 grand prize, which includes $20,000 worth of equipment fromYamaha Canada, a performance slot at the 2016 CBCMusic.ca Festival in Toronto, and a Career Booster package from Canadian Musician magazine, including a studio session, mentorship, album production/distribution and more (valued at $25,000). Winners will also be featured on CBC Radio’s q. There’s also $5,000 in audience prizes up for grabs from Yamaha Canada, just for watching and voting. 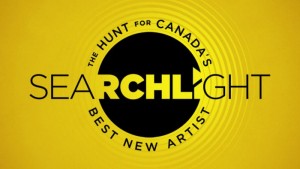 We’re doing things differently this year, the biggest twist being that the top 4 finalists will vie for the grand prize on a prime-time televised broadcast on CBC TV, competing in front of a live audience and our celebrity judging panel.

Musicians will also get the chance to have their entries heard by a Searchlight industry judging panel, which includes music programmers, journalists, label representatives, managers, radio/TV hosts, publicists and more.

Beginning Monday, Feb. 29, musicians of all types – solo artists, duos and groups from all genres – and performing original songs in any genre, are encouraged to enter via cbcmusic.ca/searchlight.

Here’s what you need to do to enter

All applicants must submit a video of themselves performing an original song, as well as one high-quality MP3 for potential play on CBC radio. The video and MP3 must be the same song, however, they can be different versions. For your video, you can lip synch over a studio version of your song, or you can record it live off the floor. We’ll be looking for chemistry and professionalism in the videos.

The deadline is Wednesday, March 23.

Applicants will enter in one of the 24 regions across the country for a chance to move forward. Artists can advance one of two ways: all entries will be judged based on the general impression of the song, quality of music and lyric composition, quality of live performance and voice, with the top scoring songs moving forward; in addition, in each round, one song from each region with the most votes will also advance. For full details, visit the Rules and Regulations.

Now in its fourth year, past winners of CBC Music’s Searchlight have included Orange O’Clock (2015), Lauren Mann and The Fairly Odd Folk (2014) and Sherman Downey and the Ambiguous Case (2013).

The key dates are as follows: