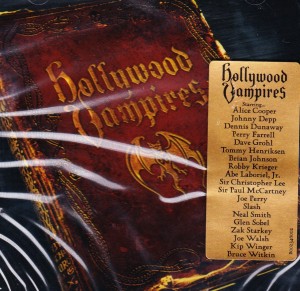 drinking club that Cooper formed with John Lennon, Harry Nilsson, Keith Moon, and Ringo Starr at the Los Angeles’ Rainbow Bar and Grill in the 70s. On September 11, 2015, their debut album The Hollywood Vampires will be released, featuring guest appearances by Paul McCartney, Brian Johnson, Dave Grohl, Zak Starkey, and Marilyn Manson amongst others.

The album will be composed of mainly covers from the 70s, with the exception of a new track written by Cooper titled “My Dead Drunk Friends.” The group’s first live performance will take place at the “Rock In Rio” Festival in Brazil this September.