Arkansas-born, L.A.-based singer and songwriter Ivy Levan has announced the official release date for her debut album, No Good, out August 7th via Cherrytree/Interscope Records. The album builds on the bold and brash “swamp pop” sound Levan first revealed on her 2013 EP “Introducing the Dame,” which sparked buzz from many major media outlets, including Billboard, who called her “an entrancing pop singer with uninhibited soul-infused stylings,” Allure, who noted that her music is “powerful and dark, but also a bit playful,” and The Huffington Post, which praised her “vocal virtuosity.” An official teaser for album track “27 Club,” produced by Diplo, was released as a sneak peak of what fans can expect from the upcoming full length. 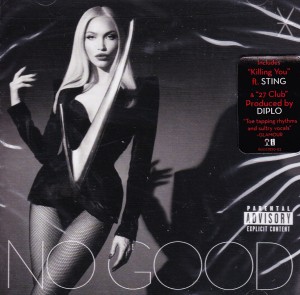 Ivy recently contributed the song “Who Can You Trust” as the theme song for the 20th Century Fox summer comedy blockbuster “Spy,” starring Melissa McCarthy. The official music video was recently premiered on the Fox Movies YouTube channel.

Earlier this year, Ivy released “Biscuit,” the first single from the forthcoming album to mass critical praise. Idolator hailed the track as “a refreshingly… different pop song with an instantly memorable chorus and lyrics that positively drip with sassy attitude.” Since its release, the single has generated over 1 million Vevo views. Levan has also hit No. 1 on Billboard’s “Next Big Sound” chart, won MTVU’s The Freshman twice, and was declared Yahoo! Music’s next It Girl and MTV Buzzworthy’s “New Obsession.” Her songs have racked up over 4.3 million YouTube/Vevo views.’P.