M.A. NOTE - Local connection to this story is ArtsCan Circle that is mentioned beLOW was founded by Sarnia’s own virtuoso of the harmonica, Mike Stevens. ArtsCan Circle is a registered charity dedicated to linking creative artists with Indigenous youth at risk in Canada with the hope to encourage self-esteem amongst Indigenous youth in isolated communities through a cooperative exploration of the arts. CLICK HERE for ArtsCan Circle website 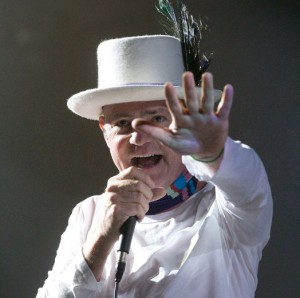 Published on February 2nd, 2017 | by Alan Cross
Musicians Band Together for Longest Performance EVER to Benefit Gord Downie Cancer Fund
Ever since news broke of Gord Downie’s incurable brain cancer broke last May, individuals and organizations across the country have spent thousands of hours on charitable good works to raise money for brain cancer research. This is another one of those stories.

Kevin Kerr, who runs a company called Epidemic Music Group, came up with a fundraiser. What if he and his people could organize the longest continuous musical performance by multiple artists? How big could they make this?

After consulting the Guinness Book of World Records, Kevin and his crew are planning a gig that will run over 16 days beginning March 17 at The Earl at Whitchurch in Stouffville, Ontario. More than 400 performers have been lined up and have committed to play 24 hours a day until the record is set. The current record is held by the US; they want to wrestle the title to Canada as part of our 150th birthday celebrations.

Community support has been impressive with plenty of enthusiasm. Expect to hear more about the event as we get closer to the start date.

There is still room for bands for this event. Any interested parties please contact Mike Burs at [email protected]