Armando Christian Perez, known around the world as Pitbull, is an international successful musician, performer, business entrepreneur, fashion icon and actor. His career sales have exceeded 5 million albums and 60 million singles worldwide. Pitbull has score # 1 hits in more than 15 countries, his videos have over 7 billion views, and his social 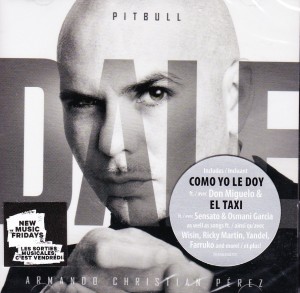 The most anticipated album of the year is finally here to get the party started, Pitbull’s second Spanish album, DALE will be released through Mr. 305 Record/RCA Records. DALE is the only album to be released this year that brings some of today’s most well known superstars from around the world to one project. This album is a must have to start the summer off right and continue the party throughout the year. Pitbull has artists that cater to a wide array of fans around the world such as Jennifer Lopez, Wisin, Mohombi, Claudia Leitte, J Balvin and Farruko to name a few.