Posted in: Entertainment History, News | No Comments | Posted on September 9, 2021 by Mary Anne 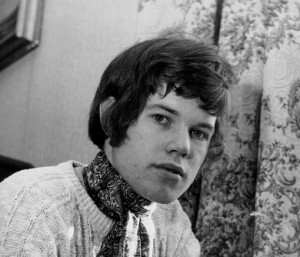 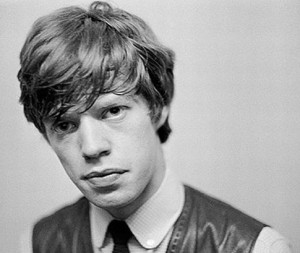 Chris Jagger (born 19 December 2021 in Dartford, Kent) is an English musician. He is the younger brother of Mick.

After studying dramatic art, Jagger has worked in many fields, including theater, cinema, clothes design and decoration.

In the 1970s, his project for recording an album with the Flying Burrito Brothers was aborted. In the 1980s, he contributed to two of The Rolling Stones’ albums, Dirty Work (1986) and Steel Wheels (1989), while he also worked in France with Vanessa Paradis’s producer, Franck Langolff.

Jagger has also worked as a journalist (contributing articles for The Daily Telegraph, The Guardian, The Mail on Sunday, The Independent on Sunday and Rolling Stone), and wrote and presented for BBC Radio 2 a program about Alexis Korner, a blues pioneer, and co-produced a film for Sky Arts channel called I Got the Blues in Austin.

Jagger and his business partner Pat Townshend developed the guitar company Staccato in the mid 80’s. Townshend designed the magnesium alloy guitar called, “The Staccato.” The guitar featured a neck and bridge system that could be swapped out. The user could interchange a bass neck for a six string neck. Some models featured no volume or tone pots. The user could activate the volume controls on a touch sensitive LED pad.

A prototype bass was built in Norfolk England in 1983 and a business partnership was formed to produce Staccato guitars, at the old school house in Woodbastwick, Norfolk. The partners on equal shares were Pat Townshend, Bill Wyman, Chris and Mick Jagger. The company went under in 1987. Gene Simmons can be seen playing a Staccato bass during Kiss’ Crazy Night’s tour.

In England, he also contributed to the organisation of three charity concerts: one for Bosnia (Bop for Bosnia) and the two others for Tibet.

After twenty years of silence, Jagger’s third album was released in 1994. Since this date, his musical style has changed to incorporate elements of cajun, zydeco, folk, country, blues and rock.

Jagger is married and has 5 children.

Mick Jagger has teamed up with his brother Chris for two new duets to mark the 40th anniversary of the Chris’ debut album.