TEDESCHI TRUCKS BAND - LET ME GET BY 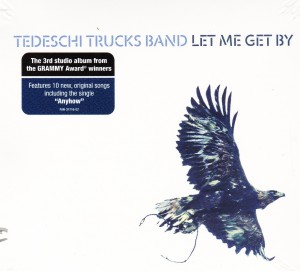 Let Me Get By is an album of firsts – in addition to being the first TTB record Trucks produced on his own, and the first on which he and Tedeschi wrote all the songs within the TTB family, it’s Trucks’ first album since his 15‐year run as a member of the Allman Brothers concluded when the group disbanded last year. In Trucks’ own words, “That’s what I hear in the music on this new album ‐ this feeling that we’re now putting 100% of what we have into this band, not going back to anything else, everyone giving it their all.”