This classic J. Geils Band concert was filmed at the Grugahalle in Essen on April 21st, 1979 for the famous German TV series Rockpalast. The band was touring in Europe in support 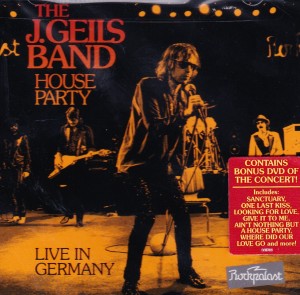 of their very successful album “Sanctuary” and the hit single from it “One Last Kiss”. The first half of the set is very focused on the “Sanctuary” album whilst the second half features songs from earlier albums including their breakthrough hits “Looking For A Love” and “Give It To Me”. The band was in great form. Their energy and drive draw a fantastic response from the packed German audience.