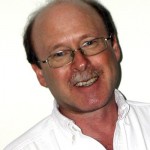 Moving and Often Funny Production Hits All The Right Marks

Theatre Sarnia’s production of the Charles Dickens’ classic, ‘A Christmas Carol’ features impressive concept work some fine choreography that’s capped by a moving and, at times, fine comic performance by Joe Agocs. The long time veteran established his versatility ages ago but continues to impress with layers he brings to characterizations. The nuggets in this production don’t end there though.

The set, designed by Director Anthony Fracalanza, Kristen Lannan and Emily MacDonald, was comprised of numerous small to mid sized pieces geared toward functionality and ease of movement. It allowed the varied scenarios involved in the narrative to shift into place with the fluidity needed to suggest either dream sequences or the presence of a supernatural element. Using the ensemble to perform choral numbers in the production while the most complex backdrops were being changed kept attention focused on the action during those periods. Use of the PA by Dan Tidball placed voices from beyond into the action smoothly while cues set by Stage Manager Ron Pask kept the narrative flowing. The singing overseen by Musical Director Stephanie Smith, particularly in the choral selections, achieved a level of professionalism that belied the number of young and inexperienced voices in the ensemble.

Lighting Designer Brian Austin Jr. came up with some visually stunning displays for this production. Reality sequences employed straightforward techniques with subtle shadings used to direct the eyes. Haunted periods shifted to a surreal look that conjured up the impression of Scrooge being in another world. Period that used both as the man looked upon events that had or were transpiring were very effective. His lighting of The Spirit of Christmas Past gave the character a radiance that was as suitably overpowering as the sequence involving the “Ghost of Christmas Future” was haunting. That entire portion was staged beautifully, which is a credit to the set designers, Austin and the Wardrobe and Makeup designed by Eve Vritsios. Her work was especially ingenious in the realizations of the apparition from the future and in the look given to the ghost of ‘Jacob Marley’. Someone sitting a few seats from where I was exclaimed, “Marley was awesome!” and that said it all.

There’s too many performers in this production to name everyone but a number stood out. The choreography Emily MacDonald set up for the dance sequences was a thing of beauty. The grand sequence at the Fezziwig’s party was brilliant. The progression from clumsy awkwardness to lyrical grace by young Scrooge and Belle was visual poetry and the solo dance by Rachel Arseneau was a joy to watch. Craig Matthews was deliciously over the top as ‘Marley’. Jean Simon humanized the ‘Ghost of Christmas Past’ and Elizabeth Walton made the ‘Ghost of Christmas Present’ almost flirtatious. Both combined the benevolence of their characters with the grim forebodings they conveyed nicely.

Robin Jewell and Marianne Morencie were charming as ‘Mr. and Mrs. Fezziwig’. Shawn Chapman and Ashley Carlisle made the parting sequence between Belle and Ebenezer one of the most moving in the performance. Shane Davis captured the ability of Scrooge’s nephew Fred to look toward the good in the man very well. Norm and Ruth Francoeur along with Elizabeth Walton and Jan Walker-Holt captured the cynical vitriol of the people looting Scrooge’s body beautifully. Kip McMillan portrayed the gentle nature of Bob Cratchit well. His portrayal was offset nicely by the bitterness projected by his wife, who was played by Denise Laanstra. Ben Adair made the character of ‘Tiny Tim’ completely sympathetic.

What pulled it all together was the performance of Joe Agocs. His ‘Scrooge’ quickly became thoroughly dislikable which made the unfolding of what had shaped his character easy to relate to. His cheering of ‘Tiny Tim’s’ resilience countered that by revealing his empathy. Asides and commentary he gave to events from all periods ranged between thoughtfully poignant and hilarious. Excellent timing in the comic moments and use of humour in physical expressions balanced the eerie atmosphere of the scenes with just the right degrees of lightness. He made the man a believable being.

The production has a few rough spots. Delivery of lines and following of cues was done very well by the young performers, especially given their age, but some need to work on their projection a bit. That’s just lack of experience though. The fact that they projected well much of the time shows they’re aware of it and will only improve. The bet here says they’ll progress in quantum leaps through the duration of the show’s run.

That’s a trivial point against the overall calibre of this fine production Director Anthony Fracalanza has created. It’s moving and funny and had my eyes misted over more than once. Don’t miss out.

This performance took place at the Imperial Theatre in Sarnia Ontario on Friday November 21, 2014. This article was written to convey impressions of what it was like to be there watching.

It looks good Mary Anne. Thanks for putting it online.