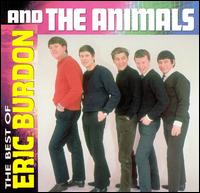 “Sky Pilot” is a 1968 song by Eric Burdon & The Animals, released on the album The Twain Shall Meet as well as on several different Best of CD’s. When released as a single the song was split across both sides, due to its length. As “Sky Pilot (Parts 1 & 2)” it reached number 14 on the U.S. pop charts and number 15 on the Canadian RPM chart.

The Sky Pilot of the title is a military chaplain, as revealed by the opening verse:

The song is a balladic slice of life story about a chaplain who blesses a body of troops just before they set out on an overnight raid or patrol, and then retires to await their return.

“Sky Pilot” is organized into three movements: an introduction, a programmatic interlude, and a conclusion.

The introduction begins with the verse quoted above, sung a cappella and solo by Eric Burdon. Thereafter the band joins in with instruments for the chorus. Several verse-chorus iterations follow, leaving the story with the “boys” gone to battle and the Sky Pilot retired to his bed. The verses are musically lean, dominated by the vocal and a pulsing bass guitar, with a strummed acoustic guitar and drum mixed in quietly.

The interlude starts as a guitar solo, but the guitar is quickly submerged under a montage of battle sounds. First come the sounds of an airstrike; then the airstrike and rock band fade into the sounds of shouting, gunfire, and bagpipes. Near the end of the interlude the battle sounds fade, briefly leaving the bagpipes playing alone before the third movement begins. The bagpipe music is a covert recording of the pipers of the Royal Scots Dragoon Guards playing “All The Bluebonnets Are Over The Border”, captured by Burdon while performing at a school. He received an angry letter from the UK government (or possibly the Crown) over his use of the recording in the song.

The conclusion begins with the return of the bass and strummed acoustic guitar, accompanied by strings. After a few measures the verses resume, but with a quieter, melancholy atmosphere: one verse is sung along with bass, guitar, and strings, and then without a choral break a final verse is sung to bass, guitar, and woodwinds. Finally a strong bass line announces the return of the chorus, now accompanied with horns and piccolos, repeated several times as it fades. The musical effect is very upbeat, in stark contrast with the “downer” content of the movement’s lyrics.

Besides the use of “found sound” in the interlude section, and heavy use of reverb and echos, the song is notable for its use of flanging, the swept “whooshing” sound effect laid over the entire track, most prominently during the chorus sections.

-Sky Pilot is played in Season 1 finale of the HBO series Eastbound & Down when Kenny asks Stevie to do one last job for him.
-It is also featured in the motion picture Zodiac as well as on its soundtrack CD.
-In The Venture Bros., Sky Pilot is another codename of OSI double-agent, Mile High.