Q. What was recorded on the first playable vinyl picture disc

While early picture disc emerged in the 1920’s, they were for decorative purposes only.  The First playable picture disc is attributed to none other then Adolf Hitler, who in 1934 released a LP of his speeches on a disc emblazoned with a Godzilla- sized picture of him rising form the middle of a crowded auditorium.

Most picutre discs of this era were made of a simple sheet of fairly thin printed cardboard with a very thin plastic coating and their audio quality was substandard. Some were more sturdy and well-made and they equaled or actually surpassed the audio quality of ordinary records, which were still made of a gritty shellac compound that introduced a lot of background noise. In 1933, RCA Victor in the U.S. issued a few typical cardboard-based picture records but was unhappy with their quality and soon began making an improved type. A rigid blank shellac core disc was sandwiched between two illustrated sheets and each side was then topped with a substantial layer of high-quality clear plastic into which the recording was pressed. Like nearly all records being made for the general public, they were recorded at 78 rpm, but one issue was recorded at 33⅓ rpm, a speed already in use for special purposes which Victor was then unsuccessfully attempting to introduce into home use. 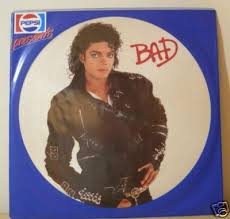 These were deluxe picture discs, priced much higher than ordinary records, and they sold in very small numbers. In the early 1930s the entire record industry was being devastated by a worldwide economic depression and the proliferation of the new medium of radio, which made a wide variety of music available free of charge. Picture discs of all kinds were among the casualties.

With the Great Depression and World War II no longer around to interfere with such modest luxuries, the picture disc reemerged in 1946, when Tom Saffardy’s Sav-Way Industries began issuing Vogue Records. Vogues were a well-made product physically similar to RCA Victor’s improved 1933 issues except that their core discs were aluminum instead of shellac. The Victor discs had been illustrated in high Art Deco style, often in sober but elegant black-and-white. Vogue’s discs featured artwork done in the styles typical of 1940s commercial illustration and pin-up art, most of 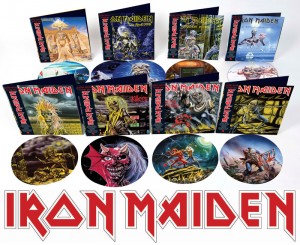 it gaudily colored, some dramatic, some humorous, some very cartoonish. The audio quality was excellent by contemporary standards and they featured professional talent, most with names known to the general public, but Vogue was handicapped by the lack of any big “hit” names.

A new generation of picture discs appeared in the 1970s. The first serious pictures discs (with acceptable but still inferior sound quality) were developed by Metronome Records GmbH (a subsidiary of Polydor Records). These new picture discs were made by creating a five-layer lamination consisting of a core of black vinyl with kiln-dried paper decals on either side and then outer skins of clear vinyl film (manufactured by 3M) on the outsides. Problems with poor vinyl flow caused by the paper texture and air released from the paper (that had not been removed in the kiln drying process) plagued the process. 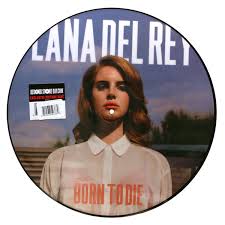 Picture discs are still popular today and depending on who you ask, many argue the quality has improved. The modern disc is usually made with a vinyl core sandwiched between two full-sized labels and then covered with a translucent film. It’s a total hybrid. Buy them for the image because the sound is lost in translation.