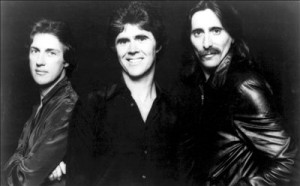 Q. How did Three Dog Night get their name?

A. Austrailian phrase for a really cold night.

The official commentary included in the CD set Celebrate: The Three Dog Night Story, 1964–1975 states that vocalist Danny Hutton’s girlfriend, actress June Fairchild (best known as the “Ajax Lady” from the Cheech and Chong movie Up In Smoke) suggested the name after reading a magazine article about indigenous Australians, in which it was explained that on cold nights they would customarily sleep in a hole in the ground while embracing a dingo (feral dog). On colder nights they would sleep with two dogs and, if the night was freezing, it was a “three dog night”. 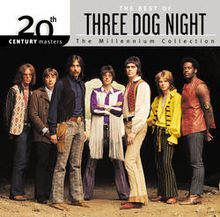 Three Dog Night is an American rock band. They formed in 1967 with a line-up consisting of vocalists Danny Hutton, Cory Wells, and Chuck Negron. This lineup was soon augmented by Jimmy Greenspoon (keyboards), Joe Schermie (bass), Mike Allsup (guitar), and Floyd Sneed(drums). The band registered 21 Billboard Top 40 hits (with three hitting number one) between 1969 and 1975.

wow, I am so pleased to learn this…I really enjoyed this band