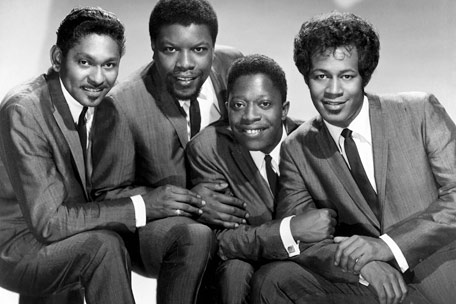 Q.  Who was the first group to be inducted into the Rock & Roll Hall of Fame?

The Rock and Roll Hall of Fame, established in 1983 and located in Cleveland, Ohio, United States, is dedicated to recording the history of some of the best-known and most influential musicians, bands, producers, and others that have in some major way influenced the music industry, particularly in the area of rock and roll.  Originally, there were four categories of induction: performers, non-performers,early influences, and lifetime achievement. In 2000, “sidemen” was introduced as a category while that year also marked the last time for nine years that early influences would be inducted.  The first GROUP to be inducted were The Coasters in 1987. 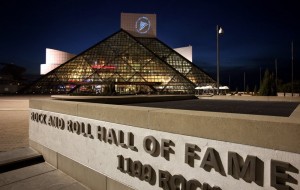 The Coasters formed in October 1955 as a spin-off of the Robins, a Los Angeles-based rhythm and blues group.    Beginning with “Searchin'” and “Young Blood”, their most memorable songs were written  by the songwriting and producing team of Leiber and Stoller

The Coasters’ repertoire had a significant impact on ’60s and ’70s rock artists.  Leon Russell performed “Young Blood” at the Concert for Bangladesh in 1971, imitating the group’s arrangement of the song with four different solo voices. Bad  Company’s version of the song reached #20 on in May 1976 on the Hot 100. Commander Cody and His Lost Planet Airmen recorded The Robins’ “Riot in Cell Block Number 9”, while The Beach Boys  recorded a 1971 version with revised lyrics by Mike Love, titled “Student Demonstration Time”. The novelty singerRay Stevens reached #27 on the U.S. pop singles chart with a 1969 remake of “Along Came Jones”. Elvis Presley included “Little Egypt (Ying-Yang)” in the soundtrack  for  his 1964 film Roustabout. The first two British hits of The Hollies were “(Ain’t That) Just Like Me” and “Searchin'”. The Monkees reached  #10 on Cashbox with “D. W. Washburn”. (The  Coasters recorded it first, but when record label Date declined to release it, Leiber and Stoller sent it as a demo to the Monkees. After the Monkees charted, the Coasters original was issued.) Several Coasters songs were part of The Beatles’ repertoire before the British rock group began its recording career; George Harrison is among the singers on the above-mentioned Leon Russell live recording. The Grateful Dead similarly performed several Coasters songs in their early days; they were influenced by a weekend in 1965 in which the Dead (while still called The Warlocks) served as pickup band for the Coasters at a lounge in Belmont, CA.

Coasters hits also comprised a major portion of the song score for the 1994 musical revue Smokey Joe’s Cafe, a retrospective of Leiber &  Stoller songs that received one Grammy Award and seven Tony Award nominations following its 1995 Broadway debut.  Their song “Baby, That Is Rock and Roll” has served as the main title for a biography/songbook of Leiber & Stoller songs and a Bravo television documentary on the songwriters.

In addition, Coasters songs and the Coasters themselves have been referred to by later popular musicians. Frank Zappa referenced the group in the lyrics of the song “Status Back Baby” on his second album, Absolutely Free. Sly Stone titled a 1971 #1 album by his group Sly & the  Family Stone after the tag line from “Riot in Cell Block No. 9”: There’s a Riot Goin’  On.  Paolo Nutini regularly covers “Down in Mexico” during live performances.’éP”‘P”