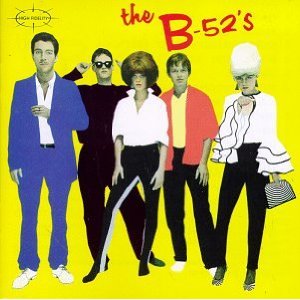 A.  B52’s
“Rock Lobster” is a song written by Fred Schneider and Ricky Wilson, two members of The B-52’s. It was produced in two versions, one by DB Records released in 1978, and a longer version, which was part of the band’s 1979 self-titled debut album, released by Warner Bros.  The song became one of their signature tunes, and it helped launch the band’s success.

“Rock Lobster” was the band’s first single to appear on Billboard’s Hot 100, where it reached #56. A major hit in Canada, the single went all the way to #1 in theRPM national singles chart. Its follow-up was “Private Idaho,” in October 1980, which reached #74 in the US. It was well received by critics and was placed at #147 on Rolling Stone’s list of the “500 Greatest Songs of All Time.”

n spring 1980, John Lennon, whose post-Beatles music career had been on hiatus for nearly 5 years while he helped raise his son Sean, was prompted to record again after hearing “Rock Lobster”;  according to Lennon, “it sounds just like Ono’s music, so I said to myself, ‘It’s time to get out the old axe and wake the wife up!'”   His return to the studio led to the release of Double Fantasy.   At a 2002 B-52’s concert in New York, Yoko Ono joined them onstage for the performance of this song “to warble and screech with the rest of the band for the show’s finale”.

The song appears in the Family Guy episodes “The Cleveland-Loretta Quagmire” (where Peter plays it on guitar)  and “Screams of Silence: The Story of Brenda Q” (as “Iraq Lobster”), and in The Pirates Who Don’t Do Anything: A VeggieTales Movie (as “Rock Monster”).   This song is also playable in the videogames Rock Band 3, Donkey Kong, and Just Dance 4; for all of these, the single version is used.