Q. Which Canadian female artist had great success with her songs, “Insensitive”, and “Could I Be Your Girl”, both written in 1994?

A.Jann Arden, whose full birth name is Jann Arden Anne Richards. The songs both came from her second album, “Living Under June”. Both tunes went to number one on the Canadian adult contemporary charts in 1994. “Insensitive” represents her biggest success internationally and it hit the number twelve position in 1994 on the U.S. Billboard Hot 100. The song also gained notoriety when it was included on the soundtrack of Christian Slater’s 1996 film, “Bed of Roses”. 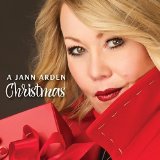 Jann’s newest CD ‘A Jann Arden Christmas’ is nominated for Adult Contemporary Album of the Year 2016.