Chicago’s Rise Against began in 1999 when ex‐88 Fingers Louie bassist Joe Principe tapped area vocalist Tim McIlrath for a new project rooted in the sound and social vision of traditional hardcore. Joined by fellow 88 Fingers vet Dan Precision on guitar and, eventually, drummer Brandon Barnes, Rise Against signed to Fat Wreck and issued The Unraveling in 2001.

Precision left the band that same year to be replaced by Todd Mohney. Extensive touring followed, leading to their sophomore outing, 2002’s Revolutions Per Minute. After a solid response from fans and critics alike, as well as a stint on the Warped Tour, Rise Against left the Fat Wreck fold for DreamWorks/Geffen. By this point, guitar duties were being handled by Chris Chasse (Reach the Sky). 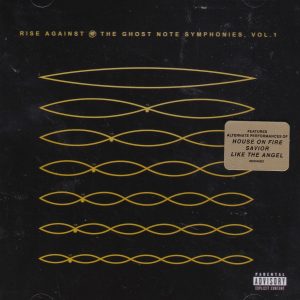 Rise Against made their major‐label debut in August 2004 with Siren Song of the Counter Culture. They toured steadily after the album’s release, received plenty of solid press, and even saw Counter Culture crack the Billboard Top 200. In 2005, Rise Against appeared in the skateboarding film Lords of Dogtown, playing an old‐school Cali punk band. (They performed a rousing version of Black Flag’s “Nervous Breakdown” for the film’s soundtrack.)

Rise Against continued to tour throughout that summer, including a spot at the U.K.’s Reading and Leeds festivals in August. Their fourth album, The Sufferer & the Witness, appeared in July 2006 and its debut at number ten on the Billboard Top 200 was their highest yet. The band spent the summer tearing up Warped’s main stage before hooking up with Thursday and Billy Talent that fall. Rise Against continued playing shows into 2007, but their extensive tour schedule eventually proved to be too much for Chasse, who bowed out that February.

The band soldiered on, enlisting Only Crime’s Zach Blair to temporarily take his place. In 2008, Rise Against released Appeal to Reason, which marked a more melodic shift for the band and was their most successful album to date, reaching number three on the Billboard chart. For their next album, the band hit the studio with punk mainstay Bill Stevenson, who’s played with Black Flag, Descendents, and All.

Their sixth album, Endgame, was released early in 2011. In 2013, the band delivered Long Forgotten Songs, a collection of B‐sides and covers that helped whet fans’ appetites for their blockbuster seventh studio album, The Black Market, which followed in 2014 and debuted at number three on the Billboard Top 200. In April 2017, the band dropped “The Violence,” the first single from their hotly anticipated eighth studio long‐player, Wolves, which arrived later that May.