The Magpie Salute first took flight in 2016 when Robinson assembled the original ten‐piece incarnation for a now seminal Woodstock gig. 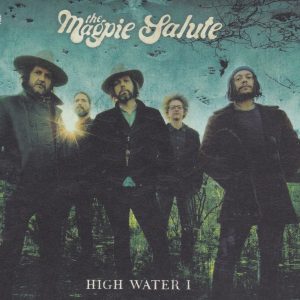 The group went on to sell out four consecutive nights at The Gramercy in January 2017. By the beginning of 2018, the band delivered a total of 77 seismic sets worldwide comprised of a 170‐song repertoire of covers, Crowes’ tunes, and solo material. Acclaim came from Guitar World, Relix, and more, while Rolling Stone summed it up succinctly as “Explosive.”

By the time they retreated to Dark Horse Studios in Nashville with Robinson in the producer’s chair, the vision crystallized with the six‐person lineup. “The core was really important and needed to shine as a strong six‐piece. It was great to build something new last year. Now, we’re working towards something as a tight unit.”

“We bashed out all of the framework on tour,” continues Ford. “When we got off the road, we focused and let it really shine.” The Magpie Salute are launching High Water I with “Send Me An Omen.”